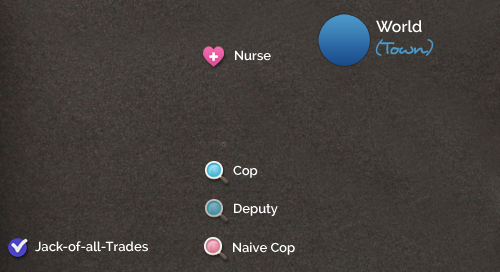 Ouch! After gathering each results from the previous Day and Night, I keep thinking to myself it can’t get any worse for The World Team. Well, obviously I’m wrong. Not only did The World Team miss out on a majority vote during Day Three, but they lost a major player during Night Three. I guess on the bright side there is the fact that there was only one Night elimination, so at least The World Team didn’t lose two players like they did in previous nights. But still. Bad times. Bad, bad times.

I always end up saying during these games that I think the bad guys might finally win one. This time I just might be right. You’re running out of time (and players) The World Team. You better pull yourselves together and make sure you use your opportunity to get a baddy eliminated during this Day, instead of standing by as nothing happens. Good luck!

It is now Day Four. Everyone has until Wednesday 1pm EDT to discuss suspicions and cast their votes. Once the deadline has been reached, whoever has the most votes will be eliminated.